Fellow western blogger Big Sky Ken, made a stop at Ayers Natural Bridge and posted  his photos. The post reminded me of my stop there in July when the Holodiscus dumosus was in full bloom. Ocean Spray is a native Wyoming shrub that deserves much more attention and development for the landscaping market. It is covered with creamy sprays of tiny flowers in the middle of the summer. It can grow in very poor soil, preferring rocky slopes. The mature, native stand in the photo averaged 5 feet in height. 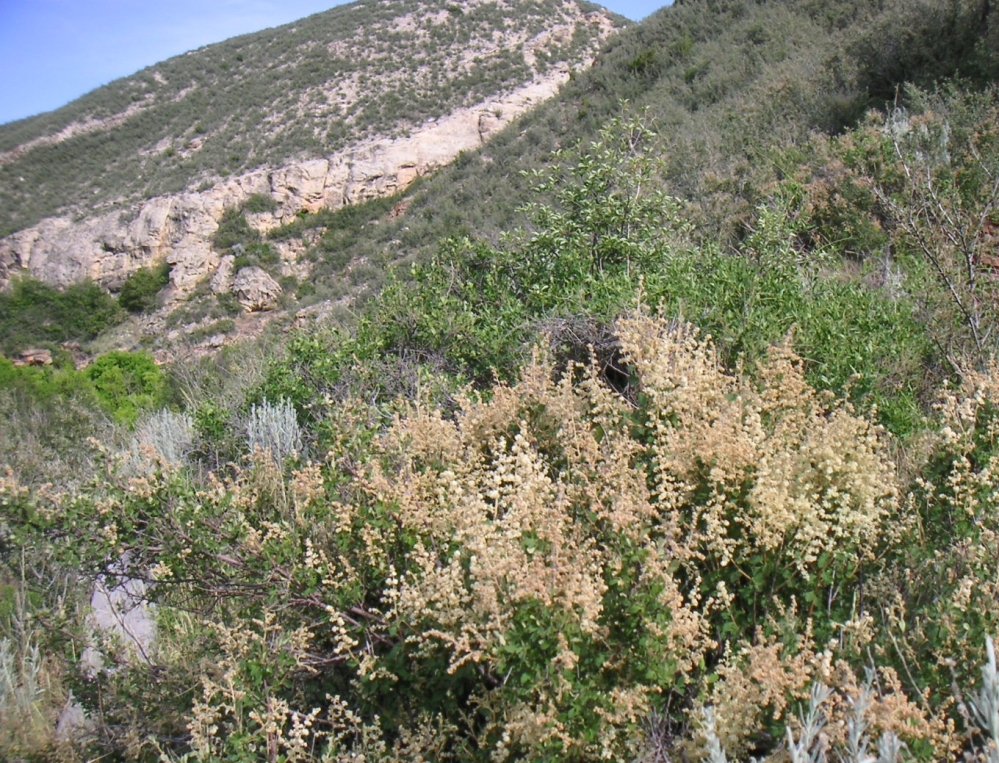 According to the US Plants Database, H. dumosus, sometimes called Rock Spirea, needs full sun;  is adapted to course and medium textured soils (won’t do well on the clayey soils);  has a high drought tolerance; low soil fertility requirements; and can take a slightly alkaline soil (which is basically all of our soils).

H. dumosus has a cousin, Holodiscus discolor, residing in neighboring states to the west, north, and south of Wyoming. H. discolor is not as drought tolerant; can grow in fine soils; and is less tolerant of alkalinity. This underscores the importance of  knowing which species you have obtained if you use it in  your landscape. While I have not grown this in my garden- yet, I would guess that either species would do well in the home garden, but since I have very sandy soil which dries out  quickly, I would prefer the local native, H. dumosus, since it is considered very drought tolerant.