I visited this well known landmark many years ago.  At that time the  chain link and barbed wire enclosure resulted in an unwelcoming experience.  Everything about the old enclosure seemed to yell “stay out!”

I’m glad we took the time to revisit the site on a recent trip to the area. In 1996 the Bighorn Medicine Wheel was designated as an historic site and a group of concerned citizens began developing a plan for its preservation. The site is now named the Medicine Wheel National Historic Landmark,  but for my purposes I will refer to it as the Bighorn Medicine Wheel. In 2011, the site was revamped.  First of all, the general public must approach the wheel on foot. It’s a mile and a half walk on a well maintained gravel road. Persons with disabilities or otherwise unable to make the hike can get permission to drive to the site.  I think this is a great way to keep the experience from being a mere drive-by, without excluding anyone. 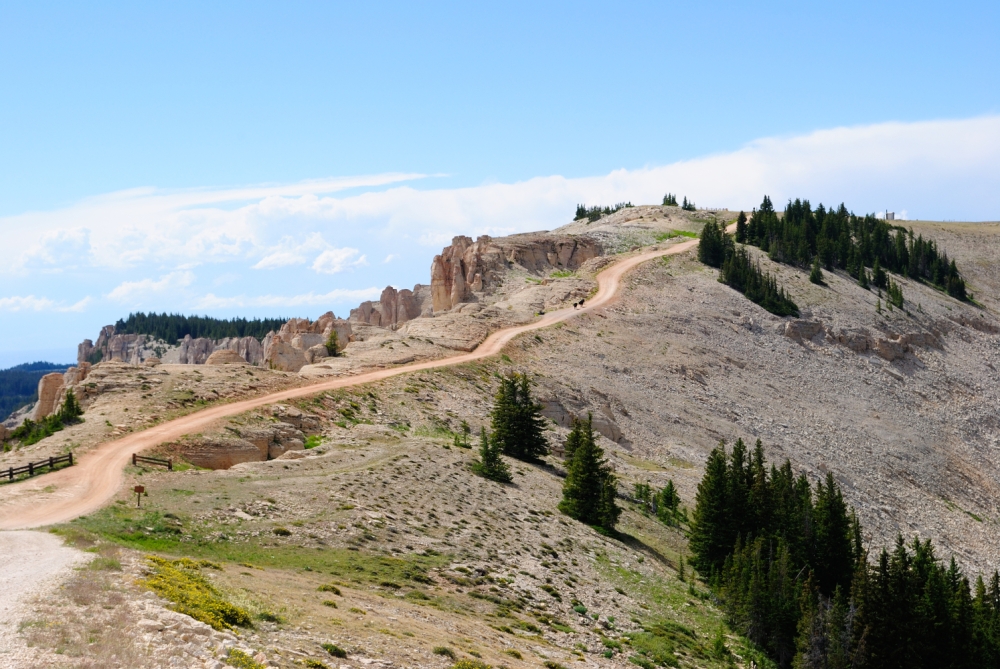 The old chain link fence is gone. In its place is a more appropriate log and rope boundary. The new “fence” won’t do anything to deter those bent on vandalism, but nothing ever really stops those determined to disrespect things they don’t appreciate. The general public is not allowed to walk in the area of the stone wheel itself, but Native American groups can obtain permits for special ceremonies which take place inside/on the wheel.

The Bighorn Medicine Wheel is about 75 feet in diameter. There are hundreds of stone medicine wheels dotting the northern plains and Rocky Mountain region.  Of similar size, or slightly larger, is the Majorville Medicine Wheel in Alberta. It is estimated the Bighorn Medicine  Wheel was built 300 to 800 years ago. The current thought among archeologists is that the wheels are a sort of calendar used to mark the summer solstice and other star risings important to the Native Americans of the plains either due to practical or religious reasons – or both.  For a people dependent on the seasonal migrations of game for their livelihood, it’s not hard to imagine that practicality and religious beliefs would go hand in hand. Indeed, we could use a little of that understanding  in our culture which seems to be so unaware of the source of our food.

Today, the Bighorn Medicine Wheel is recognized as a sacred site by dozens of Native American tribes across the nation. Many Native Americans visit the site and practice the ritual of leaving prayer cloths tied to the rope surrounding the wheel. I noticed small bags, rocks, feathers, and other items also being left. 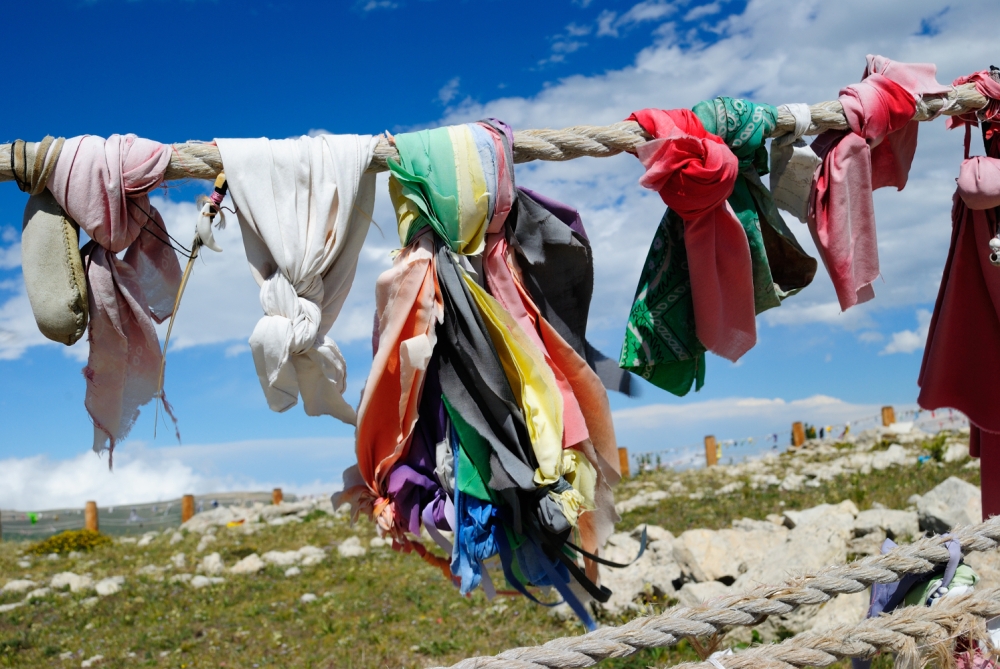 While I might not share the religious beliefs of the people who built the stone wheel, I feel respect and admiration for a  people so resourceful and resilient as to inhabit this majestic but harsh place situated at 10,000 foot elevation. As far removed as I may be from those ancient people, there is a common call to these high windy places where the view is unobstructed for hundreds of miles. Maybe we aren’t so different after all. 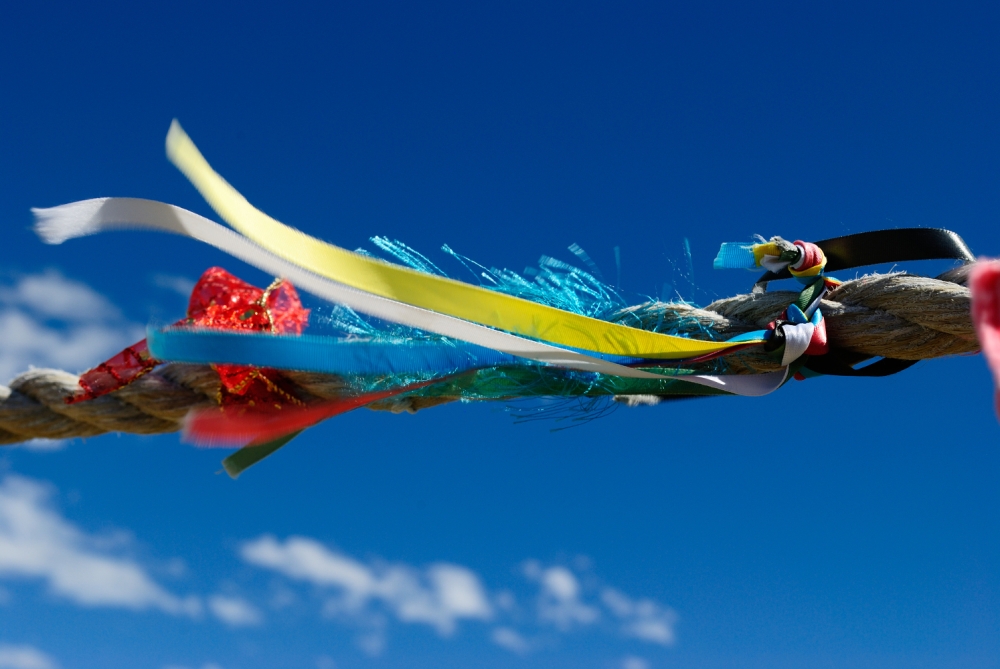 As a footnote to the experience, the feeling of ancient-ness was in conspicuous contrast to the ultra modern FAA  radar dome on the high horizon.  Strange how cultures  collide.