A large group of wild flowers represented over much of North America, Lupinus is showy and bold. Probably the most ‘famous’ Lupine is Texas Bluebonnet. 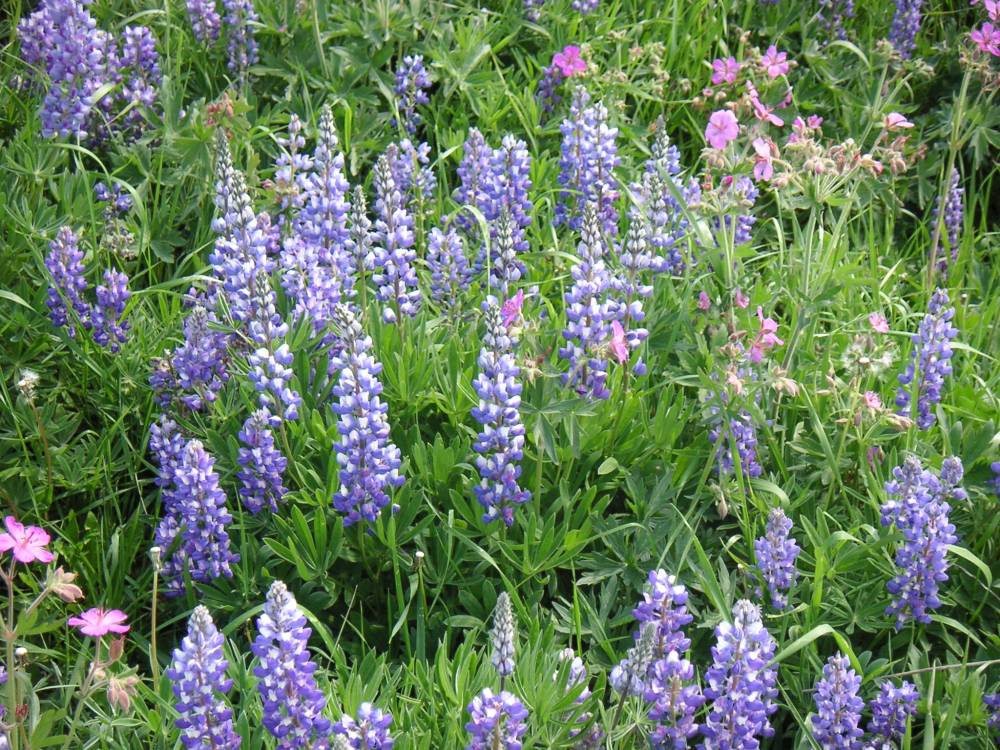 Here, the Wyoming version is shown. This photo is a few years old and I can’t quite narrow the species down by the photo, but according to Dorn it is most likely Lupinus argenteus since it was found in Central Wyoming at about 7000 feet elevation. Whatever species it is, it carpets the meadow and prairies of the area with a mist of purple.

Lupine is poisonous to livestock, but it is a native and if the range is in good condition livestock usually leave it alone. It should be noted that the seed pods are also poisonous to humans.